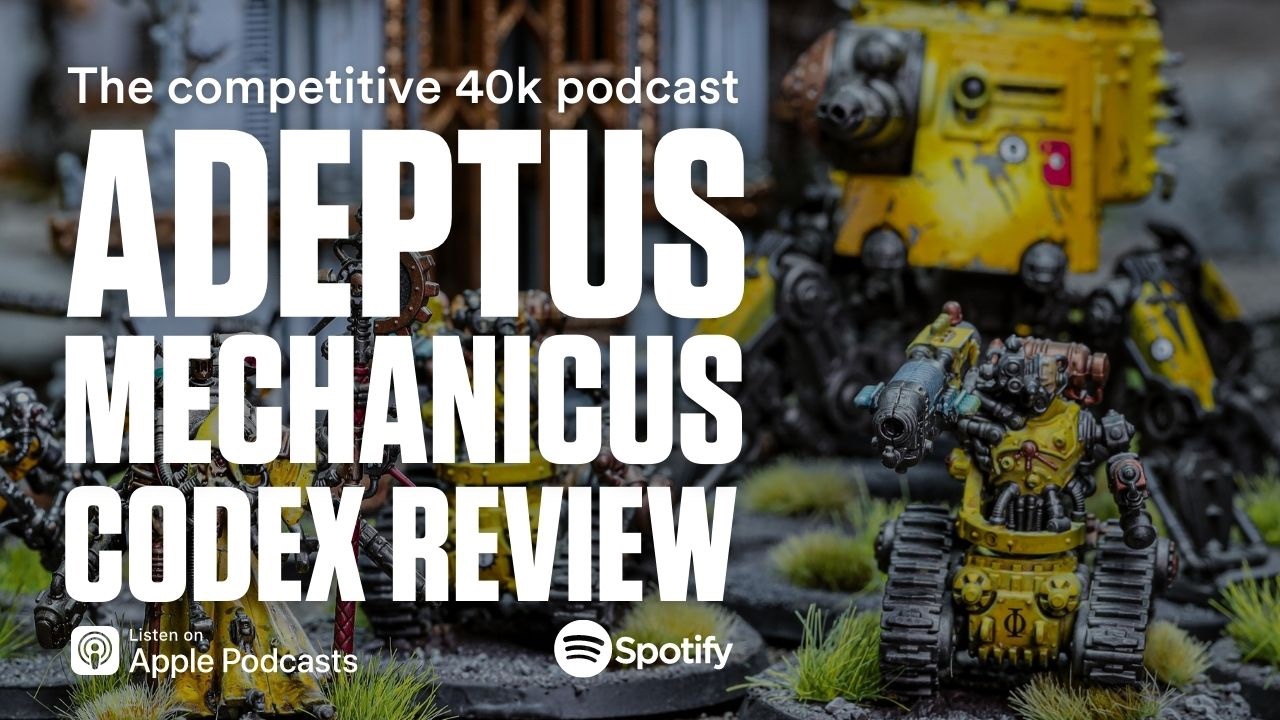 In this episode of the Competitive Warhammer 40k Podcast we cover everything you need to know about the new 9th edition Adeptus Mechanicus codex.

We cover the different ways to build a Adeptus Mechanicus army list, some of the top units, characters, abilities and stratagems.

If you are a Adeptus Mechanicus  player then you will love this episode as there is so much to be excited about in regards to this awesome new codex as this episode will give you loads to consider.

If you are thinking about playing Adeptus Mechanicus then this episode will help break down and distill the codex so you know exactly where to start.

Great Book, lots of interesting choices and options in terms of army build and play style.

I love that there is a use and a roll for every unit and it is also no longer JUST a gun line.

It can fight and clear units off of objectives.

What is the appeal with Adpetus Mechanicus?

What you will need to play Adeptus Mechanicus

What you need to know?

Select at the start of the battle round, 4 to pick from

Any ways to ignore the bad?

Canticles of the Omnissiah

W - Give another canticle to a unit

R - Redeploy a unit and character

S - Put a unit in deep strike (use twice)

S - Deploy an infantry unit 9” away

W - increase AP by 1 in combat

R - Gun that does mortal wounds

6” range to Galvanic, Arc or Radium weapons and extra AP

Buffs Kataprhons: Makes them do actions & shoot and action.

Gives +1 to hit on a vehicle (not robots)

Huge weapon and save increase

Plasma does a mortal not slain

Mortals on the charge

6s to wound to 2 mortals instead of damage

Can do an action to give Robots the core keyword

Can actually infiltrate 9” away

6s to wound do mortals

+1 save when in light cover

Ignore look out sir and mortals on 6s

Advance and shoot pistol weapons along with assault weapons

Charge and fall back

+1 Attack on the charge etc

Fall back and shoot

Can take ANY 12 infantry

All have 2 abilities, you come with an in built ability then you can do an action to change it up. They also have an extra ability that reduces the cost of your strats depending on the type. Ranging from 25 - 35 points per model and put on a tech priest.

Fall back and shoot at -1 to hit

What is the play style of the Admech