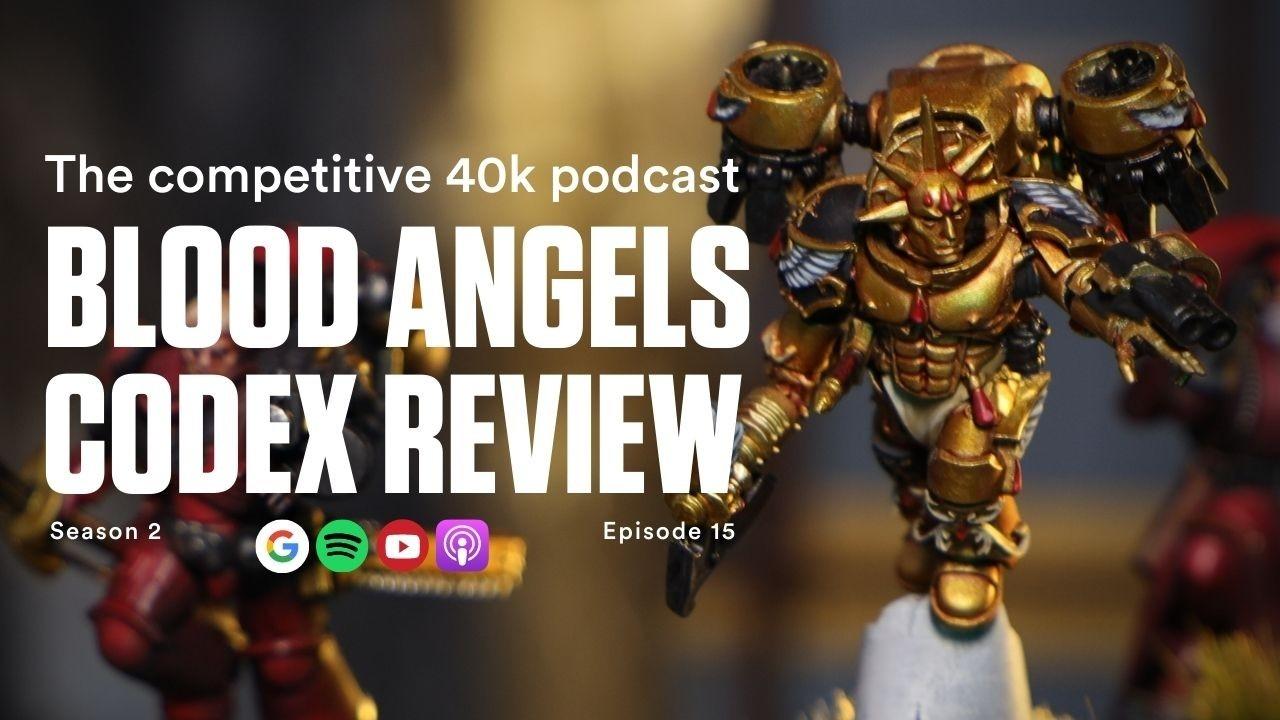 On this week's show of the Competitive Warhammer 40K Podcast brought to you by Vanguard Tactics.

Jack Downing and Stephen Box talk about the new Blood Angels Codex Supplement. In this 9th Edition Blood Angels codex review Steve talks about all the new abilities, stratagems, traits and combos that the Blood Angels Space Marines now have access to.

If you want to keep on top of Warhammer 40,000 9th Edition competitive play, then check out this podcast.

Join us this Sunday 6th December for a free Blood Angels masterclass!