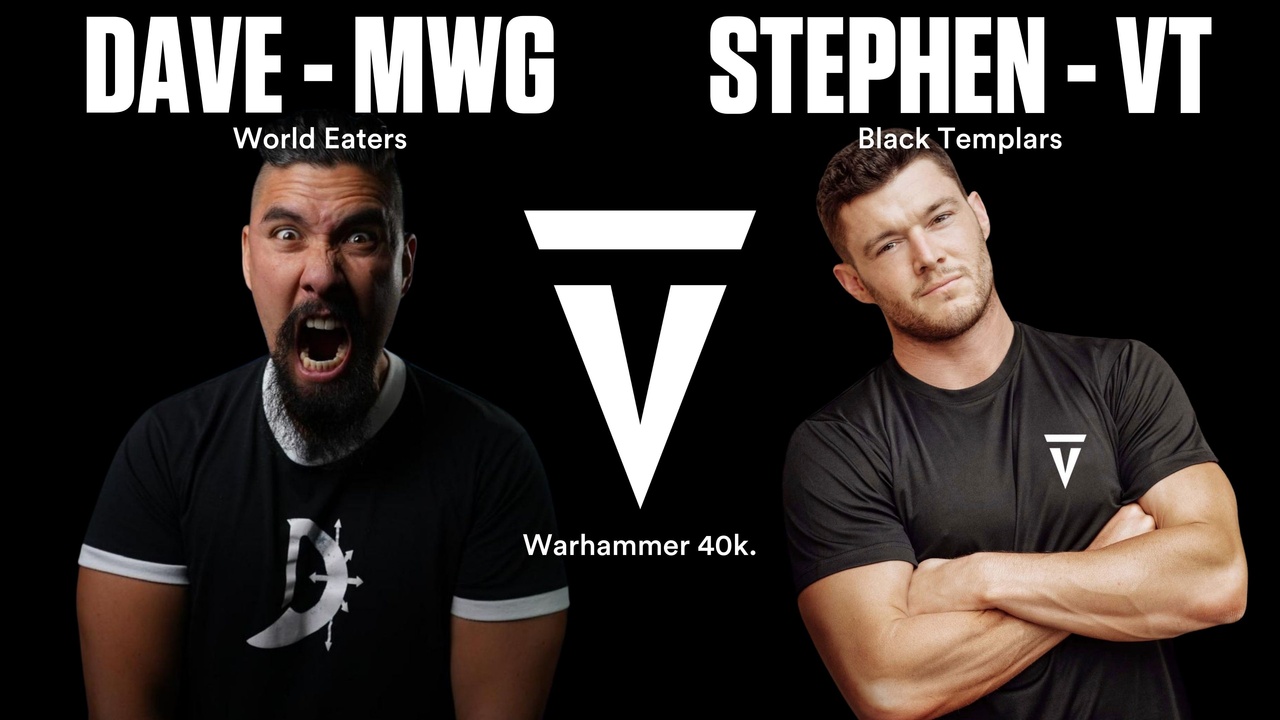 Stephen is taking command of the New codex Black Templars & Dave will be running the World Eaters.

The mission for this battle report is Sweep and clear

In this Warhammer 40,000 battle report, we talk through the new codex Black Templars vs World Eaters army lists and the secondary objectives that work well for them. We show you the armies, the mission, the deployment, turn by turn analysis, and the end of the turn and game coaching round-up.

There will be a huge giveaway in this stream so make sure you tune in!!!